Click the “Going” button above to RSVP for this event!
If you have trouble with the form, please send your RSVP to support@danperforms.com and include your name, email and amount of guests. Thank you! 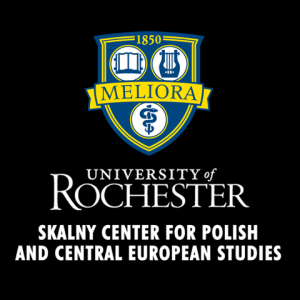 This virtual lecture is presented by the University of Rochester: Skalny Center for Polish and Central European Studies.

The Holocaust had permanently tarnished the lives of countless musicians who endured unfathomable pain under the despotic Nazi regime. Many were forced to flee their homes in the hopes of finding a better life on an alien continent, only to lead lives of continued despair and isolation in their new environments. This concert offers a rare glimpse on the composers whose music was banned by the Third Reich of pre-WWII Vienna. From the sweeping melodic lines of Erich Wolfgang Korngold to the contrapuntal ingenuity of Karol Rathaus, this music leaves a lasting impression on modern ears, albeit a chilling reminder of one of the darkest periods in Western music history.

The lecture begins with the political upheavals that had swept over Central Europe in 1848, through the Secessionist and Expressionist movements in art, ending shortly after WWII. It also examines many of the unique music styles that were at play during the 19th Century, such as Romantic lyricism and the great song tradition in Vienna. Live performances of solo piano works and piano arrangements will take place from overlooked corners of the repertoire, with music selections from better-known composers such as A. Schoenberg and A. Zemlinsky, as well as largely forgotten composers such as K. Rathaus and R. Ryterband.

A little crazy moment from 2 years ago: